Perspectives on the Earth and Creation from Various Faith Traditions 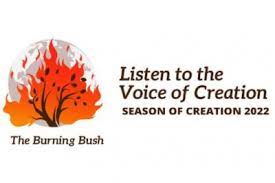 For thousands of years, creation care and love for the Earth have been integral to many religions. Not only have the earliest traditions expressed reverence for creation, but also the Abrahamic faiths (Judaism, Islam, and Christianity) as well as Eastern faiths (Buddhism, Hinduism and Taoism) have seen the natural world as a theophany of the Holy One.

Some of the oldest faith traditions are those of indigenous peoples. Despite arising in very different environments, all teach that humans are part of nature, not separate from it. These cultures embrace all creatures and the elements as brothers and sisters interwoven in a vast web of life. They emphasize having an attitude of gratitude and living in harmony with the Earth. In her book Braiding Sweetgrass, Robin Wall Kimmerer of the Potawami Nation stresses the importance of giving back to the Earth in equal measure what we take from her.

In Judaism the Torah informs practice. It states that humans are part of creation and have a responsibility for its care. The concept of Tikkun Olan, meaning to heal the world, refers both to our duty of working for social justice and of conserving the natural world, for humans are servants of God. As Psalm 24 proclaims “The Earth is the Lord’s and everything in it, for He has founded it upon the seas and established it on the rivers.”

Similarly, Islam views the Earth as God’s gift and says that each person has a religious duty to care for her. Llewellyn Vaughn-Lee, a leading Sufi* teacher, speaks of needing to recapture wonder, awe and kinship with the natural world which is filled with the presence of God. In his article “The Call of the Earth” from Parabola Magazine (Parabola, Volume 38 No.3,) he says “Nature is not unfeeling matter. It is full of invisible forces with their own deep knowing.” He calls us to move beyond our self-preoccupation to hear their call.

Central to Christianity is the Incarnation, a concept not only pointing to Jesus’ birth but also to God’s intimate, ongoing participation in our world. Several saints are notable for articulating this vision. One is St. Francis of Assisi, the saint of the environment, who identified with all beings as his brothers and sisters. As Francis grew spiritually, he saw Christ in each aspect of creation.

Like St. Francis, Hildegard of Bingen, a Rhineland nun who lived in the 11th century, perceived the world to be filled with the radiance of the Divine. She named this aliveness in all as veriditas, or the greening force flowing through all beings and the earth, and she called creation the “song of God.” For Hildegard, we are part of each other and the Earth in deep kinship. She recognized the Earth as a living being, a sustainer of all, which must not be destroyed.

Another mystic, Teilhard de Chardin, a Jesuit priest and paleontologist, perceived that God’s outpouring love extends through the whole of creation, animating all life and drawing us toward Christ.

Deeply informed by the Celtic tradition in Christianity, John Philip Newell in his book Sacred Earth, Sacred Soul says the Celtic tradition invites us to look for the light in all and to see the presence of Christ infusing the world. He explains that there is no division between sacred and secular. The Earth is full of “thin places” in nature, where the barriers between the physical and spiritual dissolve. All is interwoven in a vast web of being.

In the East, Buddhism, through its many expressions, emphasizes loving-kindness, mindfulness, and non-violence toward all beings including the Earth. The late Zen teacher Thich Nhat Hanh coined the term inter-being which means all creation is linked together in interdependence, and what we do to one part affects the whole. The Tibetan Buddhist Vajrayana path views all the world as sacred, and the Dalai Lama teaches that we must take as much care of the Earth as we would our home. Joanna Macy, contemporary teacher and student of Tibetan Buddhism, developed The Work that Reconnects, a series of workshops which help participants face the current destruction of our ecosystems, articulate their pain, develop compassion for all, and imagine new ways of living that are in harmony with the Earth. She calls our current time period the Great Turning when we are asked to turn away from practices of destruction to those of healing and harmony.

Like Buddhism, Hinduism teaches ahimsa, or non-harming. The Vedas and Bhagavad Gita, or scriptures, instruct that humans need to protect the air and all nature since our survival depends on the care we give the natural world. They see that the elements (earth, air, space, water, fire) comprising nature and linking all together arise from one primary Divine source which they name Brahman.

Taoism, which arose in China, also stresses the elements as being intrinsic to understanding our participation in nature. One unique part of the Taoist philosophy is the idea that the abundance of a society can be judged not by material wealth, but by the amount of biodiversity in its natural environment. Through balancing the opposite forces of yin and yang, an individual and society can live in harmony with creation, encourage biodiversity and not exploit the natural world.

All the major religions hold common themes in relation to creation. One is that the natural world is transparent to the light of the Divine. Others are kinship, compassion, and interdependence between all beings. At the basis of these is great love and gratitude for the earth in the knowledge that the Holy One includes all in a web of mercy. Furthermore, all faiths call us to unite in living lightly on the earth, listening to creation, and engaging in actions which contribute to the healing of our planet.

* Sufism : the mystical branch of Islam